On a sunny Saturday, Teen Cancer America galloped down to Nashville, TN to watch the Iroquois Steeplechase. Sponsored by First Citizens Bank, TCA had a great day with musical performances between the horse races. Tea was provided by the wonderful Charles & Company as our celebrity ambassador Victoria Summer sang “Crazy” by Patsy Cline.

We raised awareness and funds for TCA by hosting an incredibly successful raffle and silent auction during the race.

Our tent featured performances between from Victoria Summers, William Michael Morgan, Savannah Keyes, John Gurney, Secondhand Serenade, and Tenille Arts. Thank you all for performing for us!

In addition to our lovely performers, Dr. Scott Borinstein from the Vanderbilt AYA Oncology Program, Twin Kennedy, French West Vaughan, Mallory Johnson, guests of FCB, and some young cancer survivors were also in attendance. Thank you to everyone who came out to the event in support of TCA. 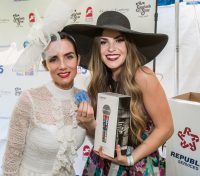 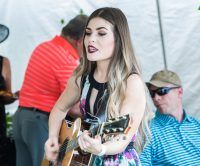 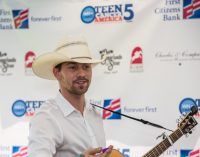 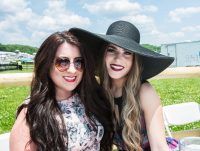