Teen Cancer America’s Executive Director, Simon Davies, was recently invited to speak at the Milken Institute Global Conference 2019. The Milken Institute is an independent economic think tank based in Santa Monica, California. It publishes research and hosts conferences that apply market-based principles and financial innovations to social issues, health, and jobs in the United states and globally.

Simon was joined with a panel to discuss the topic ‘Getting to Better Solutions for Children’s Health’. Teenagers and young adults quickly became a significant topic of discussion.

“Across all disease areas, teens and young adults are inadequately catered for. Clearly the challenges of ensuring adequate collaboration between pediatric and adult medicine and the management of transition is a broad issue that affects young people with cancer and other diseases,” said Davies.

The panel and audience agreed that there needed to be a multi-institutional approach to engage whole communities in overcoming the obstacles that continue to adversely affect youth health. Simon further explained, “These issues are not insurmountable, but we have a duty to act and, in the case of young people with cancer, they will continue to lag behind in their long-term survival if we don’t.”

Milken Institute’s influence in the corporate and nonprofit worlds has a far reaching, penetrating impact. Attended by captains of all industries and speakers as diverse as Gene Simmons (from the rock band Kiss), Ivanka Trump, and Joe Russo, Director of Marvel’s blockbuster movie Avengers Endgame (pictured below with Simon). 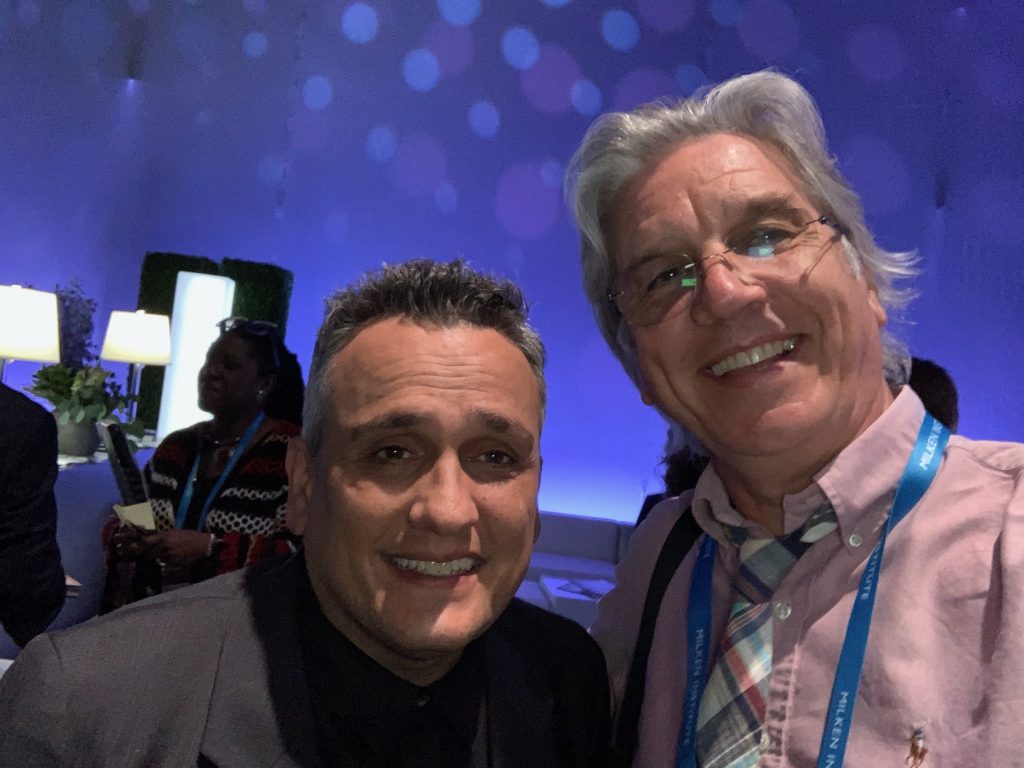 The opportunities to learn from, interact, and network with leaders and innovators in every field are exceptional. Simon was enthused.

“It is such a stimulating environment. This conference gives one an opportunity to think laterally and learn from others, even if their industry doesn’t relate to your own. On one instance I decided to attend James Corden’s session where he discussed his theatrical, TV, and film career.” Simon continued, “I learned how he continued to challenge himself and not be afraid of failure. His TV debut as an unknown personality in America enabled his team to utilize social media to capture new audiences rather than just trying to build viewing figures for a very late-night show.”

Segments of the James Corden late-night show such as ‘Car Pool Karaoke’ now attracts major sponsors and advertisers. “This has helped me to think about the different ways in which we should develop our own social media to attract new supporters,” said Davies. “We will continue our relationship with the Milken Institute and hope that they will invite us back to present again next year.”